T13: HCI/UX in Science-Fiction Movies/TV: What can We Learn from the Past 100 Years of the Future?

Participants in this course will:

Participants should be generally familiar with user-interface development steps (planning, research, analysis, design, evaluation, implementation, documentation, training) and user-interface components (metaphors, mental models, navigation, interaction, and experience), but may have little or no experience in science-fiction or the history of movies and television

Participants can use their knowledge of user-experience design, interaction design, visual design, software/hardware engineering, ethnography, anthropology, and usability analysis to find new insights in this course and new ways to apply their expertise and experience.

Concepts covered to assist professionals to design more effectively are these:

This tutorial will summarize and analyze the past 100 years of human-computer interaction (HCI) and user-experience (UX) as incorporated into science-fiction (sci-fi) movies and television, beginning with the advent of movies in the early 1900s (Melies' "A Trip to the Moon," which was later referenced in the movie "Hugo") and concluding with the latest sci-fi movies. For many decades sci-fi movies have shown technology in advance of its commercialization (for example, video phones and wall-sized television displays, hand-gesture systems, virtual reality displays, and artificial-intelligence (AI)-based robots). In some cases, mistaken predictions about what is usable, useful, and appealing seem to be adopted, perhaps because of their cinematic usefulness. In any case, these media have served as informal "test-beds" for new technologies of human-computer interaction and communication. They provide ample evidence for use in heuristic evaluations, ethnographic analyses, market analyses, critiques of personas and use scenarios, and new approaches to conceptual and visual design. As examples of speculative fiction, they have use beyond their entertainment value.

The course will explore issues of what is "futuristic" and what is not, gender-role differences, optimism/pessimism, and user-centered design characteristics (including typography and sign systems) in more than two dozen films and a half-dozen television shows from Europe and North America. Examples from China, India, and Japan will also be referenced.

Participants will be informally quizzed about their recognition of the media examples shown and about their analysis of contexts, technologies, business models, user communities, and designs. Discussion with participants throughout the presentation will be encouraged. Participants in this course will understand how science-fiction movies and television have/have not incorporated fundamental principles of user-centered design to achieve usability, usefulness, and appeal; will understand the development of science-fiction in the popular media over the past 100 years; and will understand better how to apply their professional knowledge to look at popular media with a critical eye.

The target audience for this tutorial includes those professionals, academics, students, and researchers who are familiar with UX/HCI concepts but who may be new thinking about science-fiction movies and television shows in the context of UX/HCI design. 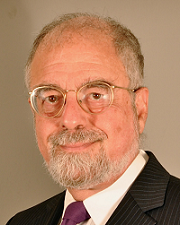 Mr. Marcus has been a life-long fan of science-fiction novels, magazines, movies, and television shows. He organized two sci-fi panels at CHI conferences in 1992 and 1999, the first of which CHI acknowledged as the most popular event ever held at CHI up to that time. He edited a special issue  of UX magazine on the subject of UX in Sci-Fi. He has given keynote lectures about UX in Sci-Fi in the USA, China, and Europe. He published as an e-book The Past 100 Years of the Future: UX in Sci-Fi Movies and Television (2012). He has lectured about UX in sci-fi worldwide.

Mr. Marcus has been researching and designing user-experiences since 1969. He received a BA in Physics from Princeton University (1965) and a BFA and MFA in Graphic Design from Yale University School of Art and Architecture (1968). He is an internationally recognized authority on the design of user interfaces, interactive multimedia, and printed/published documents. Mr. Marcus has given tutorials at HCII, SIGGRAPH, SIGCHI, HFES, UXPA and other conferences, and at seminars/workshops for businesses and academic institutions around the world. He has published 36 books and more than 300 articles, including Human Factors and Typography for More Readable Programs (1990), The Cross-GUI Handbook (1994), Mobile TV: Customizing Content and Context (2010), Graphic Design for Electronic Documents and User Interfaces (1992), The Past 100 Years of the Future: UX in Sci-Fi Movies and Television (2012), Mobile Persuasion Design (2015), HCI/User-Experience Design: Fast Forward to the Past, Present, and Future (2015), Cuteness Engineering: Designing Adorable Products and Services (2017), and Aaron Marcus: Way Ahead of You in Another Direction (In preparation, 2021). Mr. Marcus was the world’s first professional graphic designer to work full-time in computer graphics (1967), to program a desktop publishing system (for the AT&T Picturephone, 1969-71), to design virtual realities (1971-73), and to establish an independent computer-based UX and information-visualization firm (1982). In 1992, he received the National Computer Graphics Association Industry Achievement Award for contributions to computer graphics. In 2008, the American Institute of Graphic Arts (AIGA) named him a Fellow; in 2009, SIGCHI elected him to the CHI Academy. He has been a Visiting Professor, Institute of Design, IIT, Chicago; College of Design and Innovation, Tongji University, Shanghai, and Computer Science Department, Dalian Maritime University, Dalian, China.

Mr. Marcus is Principal of Aaron Marcus and Associates (AM+A), a user-interface and information-visualization development firm with more than 36 years of experience in helping people make smarter decisions faster, at work, at home, at play, and on the way. AM+A has developed user-centered, task-oriented solutions for complex computer-based design and communication challenges for clients worldwide on all major platforms (client-server networks, the Web, mobile devices, appliances, and vehicles), for most vertical markets, and for most user communities within companies and among their customers. AM+A has served corporate, government, education, and consumer-oriented clients to meet their needs for usable products and services with proven improvements in readability, comprehension, and appeal. AM+A uses its well-established methodology to help them plan, research, analyze, design, implement, evaluate, train, and document metaphors, mental models, navigation, interaction and appearance. AM+A has developed ten concept designs for mobile persuasion design, documented in Mobile Persuasion Design (2015). AM+A’s clients include Apple, BMW, HP, Kaiser, Microsoft, Microsoft, Motorola, Nokia, Sabre, Samsung, SAP, Siemens, and Xerox. AM+A has received designawards from several organizations, including from the International Institute for Information Design for the design of five mobile persuasion concept designs.