Human Aspects of IT for the Aged Population Best Paper Award 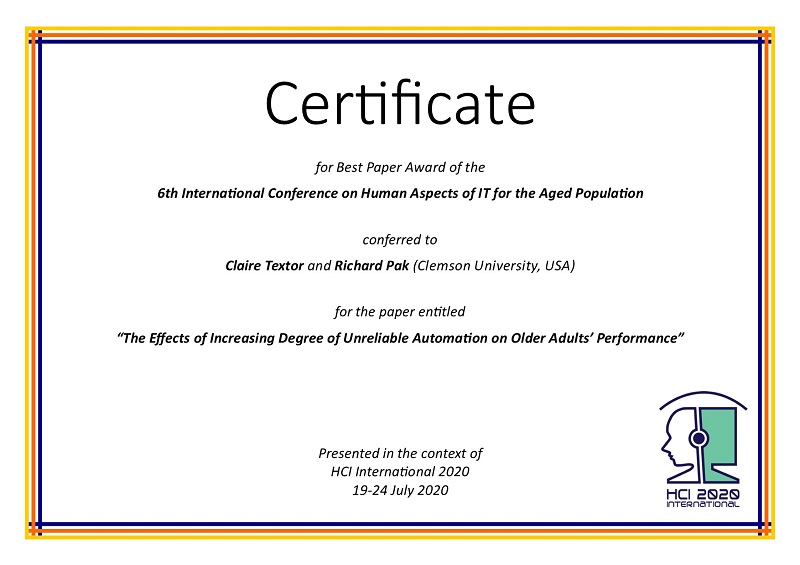 The award has been conferred to
Claire Textor, Richard Pak (Clemson University, USA) 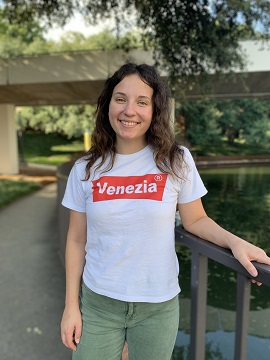 Paper Abstract
"Automated technology may help older adults maintain an independent lifestyle (e.g., Mynatt et al. 2004; Labonnote and Høyland 2017). For example, domestic robots could help older adults remain in their homes longer, or cars with semi-autonomous safety technology can help older adults maintain their ability to drive. However, as older adults interact with technology that is more automated (i.e., automation is higher in stage and degree), they may become more subject to the negative effects when that technology fails. This concept of reaping greater benefits of higher degrees of automation that is reliable but suffering catastrophic performance consequences when it is unreliable has been termed the lumberjack effect and has been well documented among younger adults (Endsley and Kiris 1995; Onnasch et al. 2013; Rovira et al. 2017). The cause of this effect is that frequent interaction with reliable, high level automation induces a complacency or disengagement with the task (becoming out of the loop). Thus, when that automation fails, the user has been out of the loop (Endsley and Kiris 1995) and is thus unprepared to resume the task. As older adults have reduced cognitive abilities, they may be even more subject to the lumberjack effect. The purpose of the current study was to examine the presence and magnitude of the lumberjack effect in older adults as it has not yet been documented in the literature. Older and younger adults interacted with various degrees of automation. We replicated the finding that performance was negatively affected on unreliable trials of automation compared to reliable trials for both age groups (i.e., the lumberjack effect). However, these effects did not appear to be more pronounced in older adults. These results are the first to show that the lumberjack effect previously observed in younger adults is equally pronounced in older adults. However, what aspect of aging cognition was the source of this similar lumberjack effect is still an empirical question."